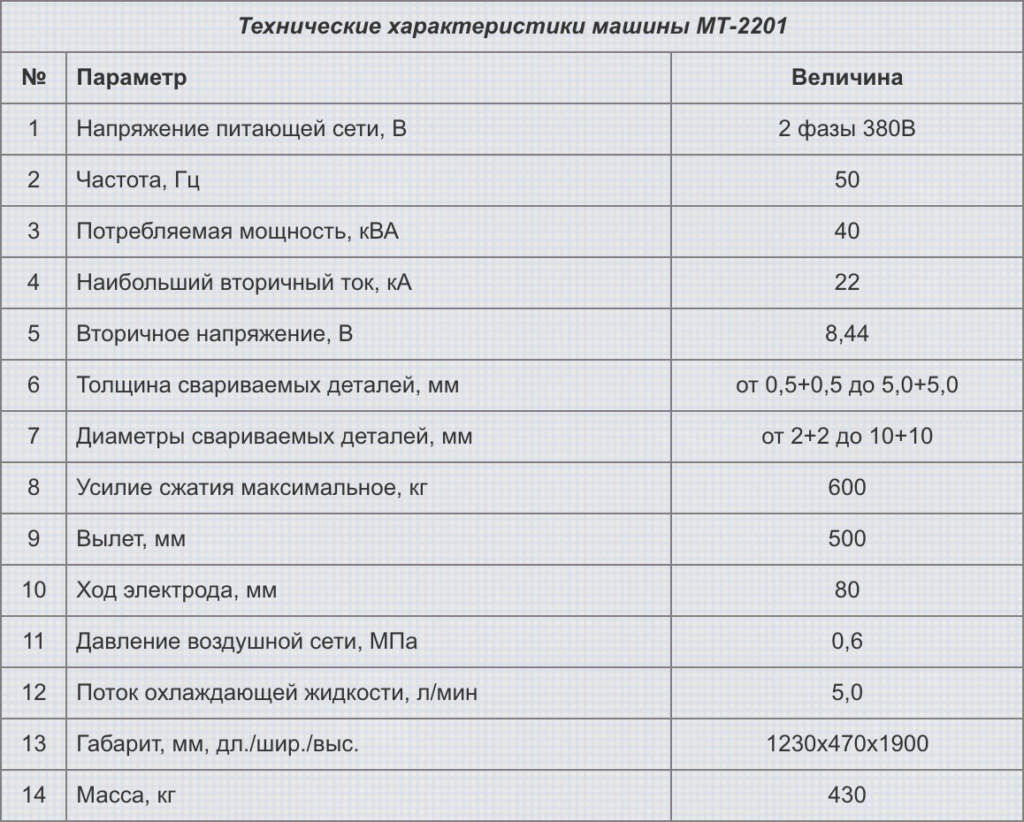 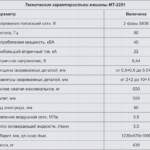 A microprocessor control unit RKSM is installed on the welding machine. This control unit has been developed and installed for eight years, has high reliability confirmed by a 2-year warranty. These models have a vertical stroke of the upper electrode, with an "adjustable stroke", which increases speed and greatly facilitates the replacement of worn electrodes. The adjusting stroke function is also important for welding products of complex shape or assembled in the conductor.

The device of the MT-2201 model has two cooling circuits with a free separate drain, which allows you to control each of the circuits separately.
A reliable thyristor contactor of the KT 07 model with air cooling is used for current control.
A characteristic difference of the MT-2201 model from the similar MT-2202 is the number of stages of transformation (8) and the knife method of their switching. The model also has 3 cooling circuits. According to the technical passport, consumption for cooling of cooling liquid to 8 l / min.

To reduce the flow of running water, our company has developed an autonomous cooling unit BAO-3. In the cold season, antifreeze or antifreeze can be used to cool the welding machine. The pump installed in BAO provides the volume of water that is enough for pumping through the car and through a radiator heat exchanger.
These models became the basis for a large number of machine designs, some of which were developed by our company.
The pneumatic scheme of the contact welding machine was completed with the equipment of CAMOZZI firm that allowed to increase reliability and speed.

Pass through the entrance of the Institute of Superhard Materials by car.
Please, use the tips on the map below. Our office is on the second floor of the building.
Copyright © visp.in.ua 2022
Создано WebDev
Menu